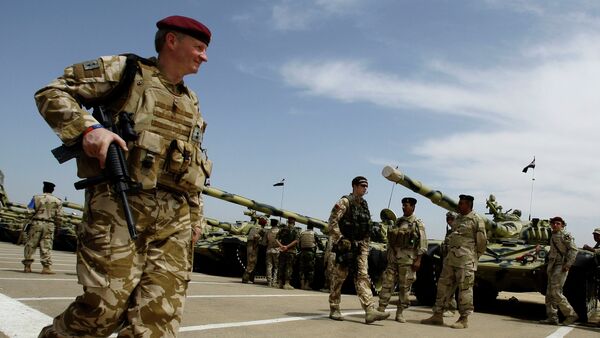 US President Barack Obama and UK Prime Minister David Cameron stated during a news conference that United States and the United Kingdom will step up training and intelligence sharing with Iraqi forces to combat the Islamic State.

Islamic State Militants Abduct 172 People in Iraq
WASHINGTON, January 16 (Sputnik) – The United States and the United Kingdom will step up training and intelligence sharing with Iraqi forces to combat the Islamic State (IS) until the terrorist organization is destroyed, US President Barack Obama and UK Prime Minister David Cameron said during a news conference on Friday.

“David [Cameron] and I agreed that we need to keep stepping up the training of Iraqi forces and that we're not going to relent until this terrorist organization is destroyed,” President Obama said.

Prime Minister Cameron said that the United Kingdom was committed to fighting against IS and other terrorist organizations with the country’s allies “wherever it appears,” in addition to providing more help to the Iraqi forces fighting IS on the ground.

“We will deploy additional intelligence and surveillance assets to help Iraqi forces on the ground,” Prime Minister Cameron said. “And we will ensure that they're better trained and equipped to counter explosive devices."

Currently, The United States is carrying out a multi-pronged strategy to “degrade and ultimately destroy” IS, which includes a coalition air campaign and diplomatic efforts to politically and economically cut off the group.

The US-led coalition began launching airstrikes against IS targets in Iraq in August and expanded the air campaign to Syria in September.