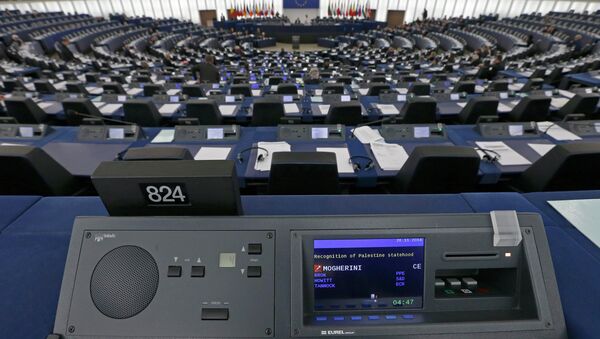 Asia
Over 100 Bodies Found in Ganga River, India to Investigate Deaths
On Thursday, the European Parliament approved a resolution in the case of the two Italian Marines accused in a 2012 killing of two Indian fishermen which, they claim, were mistaken for pirates. One of the marines was allowed to stay in Italy for three months after heart surgery, another marine, Salvatore Girone, is in the Italian embassy in India.

"The Supreme Court of India, in its ruling on 14th January, 2015, has granted three months extension to the Italian marine, Massimiliano Latorre, for his stay in Italy on health grounds and the other marine, Salvatore Girone is living in the Italian embassy in New Delhi. Under these circumstances, the European Parliament would have been well advised not to adopt the Resolution," Spokesperson Syed Akbaruddin said.

The case has strained relations between the two countries further. In 2013, following the Italian February elections, Rome at first refused to send the marines back after India permitted them to travel to Italy to vote. The marines are currently on bail pending trial.