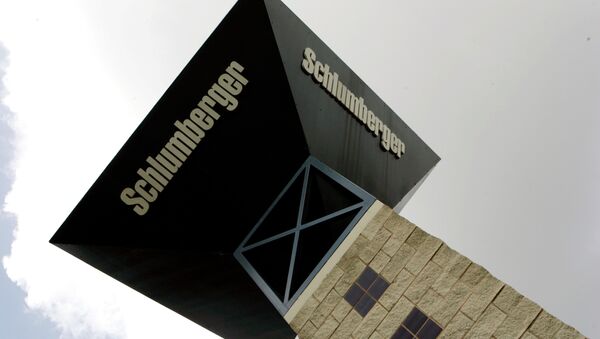 © AP Photo / Pat Sullivan
Subscribe
International
India
Africa
Representative from the Schlumberger oil service company said it is to cut 9,000 jobs in response to lower oil prices and a reduction in anticipated exploration and production by oil companies.

WASHINGTON, January 16 (Sputnik) — The world’s largest oil service company Schlumberger will cut 9,000 jobs in response to lower oil prices and a reduction in anticipated exploration and production by oil companies, a representative from the company told Sputnik Thursday.

Oil Price Plunge Forces Energy Giant to Lay Off Workers, Cut Production
Schlumberger said reductions in the workforce started in the fourth quarter of 2014 and will amount to approximately 9,000 global job cuts when completed in 2015. The cuts amount to a 7.5 percent cut in the company’s 120,000 global workforce.

Harris said Schlumberger decided to reduce its workforce “to better align with anticipated activity levels for 2015.”

A more than 50 percent plunge in oil prices since last summer has roiled oil companies and lowered plans for investing in new projects. Schlumberger provides products and services in the oil sector ranging from exploration to production in more than 85 countries.

This week American energy giant Apache announced it would reduce its workforce by 5 percent, due to budget cuts and a reduction in production in response to oil prices.

Oil prices remain near multi-year lows, having dropped from slightly over $100 a barrel in June to under $50 a barrel on Thursday. OPEC, the world’s oil cartel, has said they will maintain production levels despite falling price.