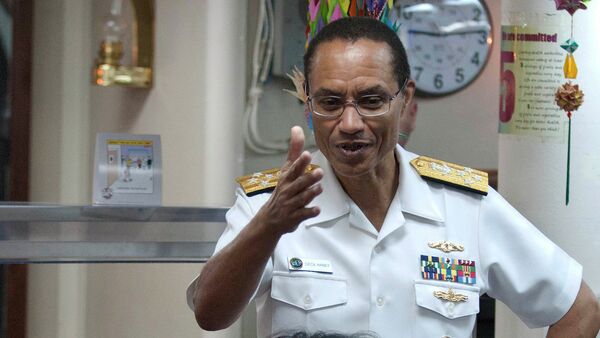 Commander of US Strategic Command admitted Washington to having concerns over Russia's growing strategic capabilities, noting over a decade of investments in modernization across various spheres of Russia's military.

“Russia has had more than a decade of investments in modernization across their strategic nuclear forces. This is not about the continuation of the cold war <…>This is about emerging capability at a time of significant concerns in Russians execution of their near abroad strategy,” Adm. Haney said at the event devoted to strategic deterrence in Atlantic Council, Washington, DC.

The commander went on by saying that Moscow has significant cyber capability and also “has publicly stated they are developing counter space capabilities.”

Russia
Too Early to Speak About Russia's Joining US Security Summit: Official
The commander also reminded of the news of “Russian strategic bombers penetrating the US and ally air defense identification zones on multiple occasions this year.”

Relations between Russia and the United States have deteriorated following Crimea’s reunification with Russia in March 2014 and the escalation of an armed conflict in Ukraine’s southeast.

The United States and its allies have introduced several rounds of sanctions against Russia over its alleged involvement in the Ukrainian crisis. The restrictive measures target Russia’s defense, banking and energy sectors, as well as a number of individuals.