Samsung Ready to Jump In for Struggling Blackberry in $7.5 Bln Deal 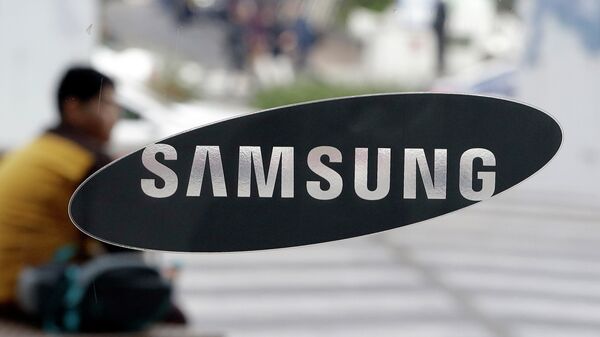 Samsung Unveils Eye Controlled Mouse EYECAN+ for Disabled People
MOSCOW, January 15 (Sputnik) — Last week, the chief executives from the Korean manufacturer and the Canadian smartphone maker sat down to discuss the multi-million-dollar transaction, according to Reuters.

Samsung allegedly offered an initial price in the range of $13.35 to $15.49 per BlackBerry share during the talks, Reuters said.

However, both Samsung and Blackberry denied the report in separate statements, with the Korean company describing the rumor as "groundless."

The Canadian company, for its part, said that it "has not engaged in discussions with Samsung with respect to any possible offer to purchase BlackBerry," according to the British daily The Telegraph.

Samsung Invests $15 Billion in New Semiconductor Plant in South Korea
Back in July 2014, John Chen, BlackBerry's chief executive officer, rejected claims that he had received any takeover offers, but admitted that he was open to talks.

"I don’t have any offers on my desk. If people would like to talk, I mean, talk is not an offer," Chen told Bloomberg at the time.

Last month, he said that he remains optimistic about his company’s future.

"We achieved a key milestone in our eight-quarter plan with positive cash flow. We also attained another important milestone in the release of our new enterprise software products and devices," Chen said.

Once one of the world's dominant smartphone manufacturers, Blackberry’s market share has slumped significantly in recent years amid tough competition from Samsung and Apple.