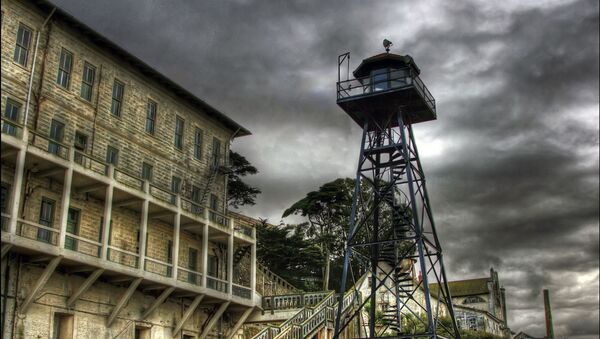 The prison has come under fire recently for its deplorable record of use-of-force instances. Perhaps one explanation for that high number – 4,074 in a single year – lies in the fact that dozens of recently employed guards have questionable records.

Rikers Island is famous for housing some of America’s most notorious. The nation’s second-largest prison has held convicts like serial killer David “Son of Sam” Berkowitz, drug-addled Sex Pistols frontman Sid Vicious, and Mark David Chapman, John Lennon’s killer. But it may also be a haven for renegade guards who only narrowly escaped jail themselves.

During a yearlong city probe into the prison’s practices, investigators selected 153 guard application files at random. Of those, 54 “presented significant red flags that should have either precluded their hiring outright or required further follow-up,” reported the Associated Press.

One guard had been fired from his previous job for stealing.

One admitted to gang ties, and investigators found that no applicants were screened for this, despite gang violence posing the biggest threat to prison safety.

12 had already been declined jobs with the NYPD, six for psychological conditions which deemed them unfit for duty.

“Unless you have consistently qualified correction officers,” said Department of Investigation Commissioner Mark Peters, “solving the other problems we care about is an almost insurmountable task.”

The list goes on, and perhaps most shocking of all are the clerical routines which allowed such a systemic problem to take hold.

According to the report, all applicants were graded on a scale of 1 to 5, but prison officials never settled on which end of the scale was negative and which was positive. This system proved as efficient as a broken thermometer, where 200 degrees could simultaneously mean a scorching day on Venus or a bitingly cold night on Mars.

Most applicants were rated the median “3,” to avoid confusion.

Jails Commissioner Joseph Ponte has promised to bring Rikers under control, but in December, federal prosecutors threatened to sue the city of New York over civil rights abuses in the prison.

Ponte said in a statement that he is committed to “improving staff recruitment, training, and retention.”