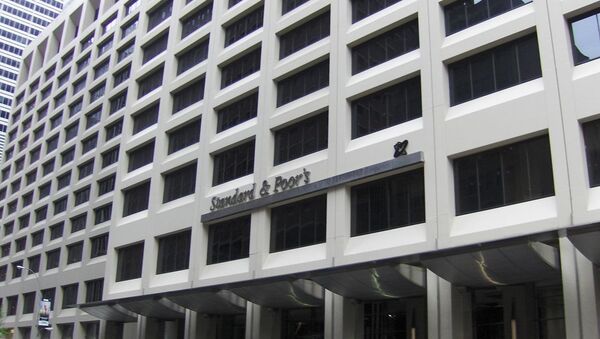 “I don’t necessarily see that [credit downgrade] translating into impacting the BRICS dynamic of wanting South-South cooperation as a counterweight,” Schineller said, explaining BRICS cooperation and formation of a bank will give countries more space within multi-lateral framework.

On January 9, rating agency Fitch downgraded Russia’s credit rating from BBB to BBB- with a negative outlook, citing the fall in oil prices, the depreciating ruble and rising interest rates. The agency maintained a negative outlook on Russian sovereign debt.

S&P Declares ‘Selective Default’ in Argentina
Schineller stated that S&P has Russia on the credit watch negative since December, following last year’s downgrade by the company.

Schineller also added that Russia is not the only BRICS country that has the ratings downgraded, and claimed that almost all members, except for China, are now on the same level.

“If you look at BRICS across the board, we moved down South Africa’s rating over the last couple of years,” she said, adding that currently Brazil and South Africa have the stable BBB- and Russia is with BBB- rating on the credit watch negative. “India, with also BBB-, is the only BRICS [member] where we had a negative outlook revised it to stable because of stronger policy signs, and China has not moved at all. So, now they all converged except for China.”

When asked about creating of rating agencies by Latin America, China and Russia, Schineller said that they would be welcome.

In December, Standard & Poor’s announced that it is likely to downgrade Russia’s sovereign debt status from its current BBB- rating because of the country’s weakening economy.

On Tuesday, Fitch downgraded the ratings of 13 large Russian companies including Gazprom, Lukoil and Russian Railways.

A number of lawmakers, including Federation Council economic policy committee deputy head Sergei Shatirov, have called the move biased and politically motivated. The lawmakers believe that Russia’s economy remains balanced and stable due to its "very powerful" reserves.

Russia, with a budget that is largely dependent on energy exports, is currently facing an economic slowdown because of a global decline in oil prices.