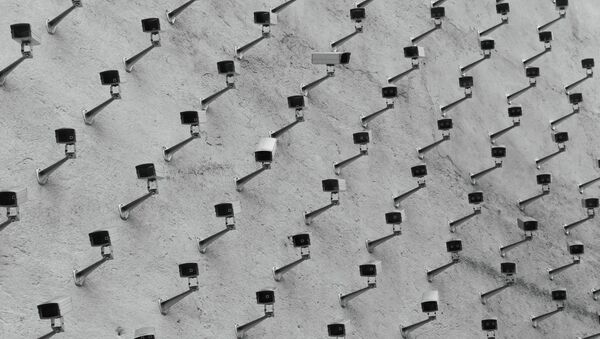 “What we want to do here is to create a voluntarily registry to the police departments. People that have cameras on their buildings, commercial buildings or homes will be able to create a registry so that the police would have that. So instead of a scenario of wasting a lot of resources, they would know where these cameras are,” Caputo said.

Caputo is one of the sponsors of a bill released Monday that intends to help law enforcement agencies investigate criminal activity effectively and in a timely manner through access to private surveillance cameras data. New Jersey residents will be encouraged to voluntarily register their devices with local police.

Government Surveillance Threatens Privacy: Protect Yourselves
Assemblyman pointed that even though this activity is based on free will, there should be legislation that regulates it.

“If you have a country-wide prosecutor’s office that is trying to solve a crime, they want to make sure that all the communities in their jurisdiction are doing it in a consistent way, so that all the information requested consistently across the board. If we have each town doing it separately, it does not work,” Caputo said.

Another sponsor of the bill, lawmaker Thomas Giblin, highlighted that surveillance camera videos can be valuable tools in a police investigation.

“Having an existing registry that law enforcement officers can tap into when investigating criminal activity saves time, which is crucial when working against the clock,” Giblin said in a statement.

The registry will include the name and contact information of camera owners, the number and location of their cameras and information on how footage from the camera is stored and how long it is saved for, according to the text of the legislation.

Campaign groups, including the American Civil Liberties Union, have expressed concern about video surveillance schemes being rolled out across the US because of a “chilling effect on public life” and because such systems could be open to abuse. Assemblyman Caputo pointed that the bill has a stipulation that it will not violate any constitutional rights.

New Jersey City Department of Public Safety told Sputnik News Agency it was not going to comment on the effectiveness of the measure at this time.