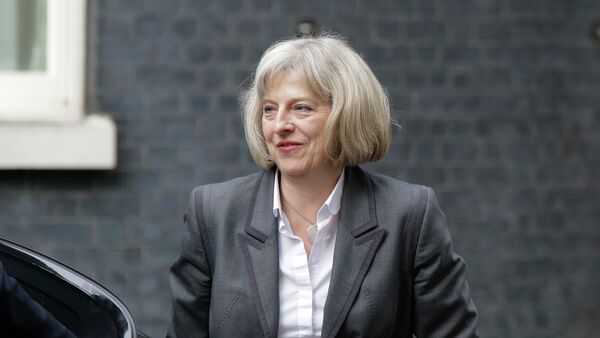 "… it is highly probable that communications data was used in the Paris attacks to locate the suspects and establish the links between the two attacks… If we want the police and the security services to protect the public and save lives, they need this capability," May said.

The official added that almost half of the nearly 600 Britons who traveled to fight on the side of extremist groups in Syria and Iraq have returned to the United Kingdom, noting that British security forces had foiled three terrorist plots in recent months.

"This means that a terrorist attack in our country is highly likely and could occur without warning," May reiterated.

Last week, two gunmen killed 12 people in an attack on the Paris office of the satirical magazine Charlie Hebdo. The following day, a third attacker killed a French police officer and took the lives of four hostages in a kosher supermarket on January 9. All three gunmen, the first two reportedly trained by al-Qaeda in Yemen and the third a purported supporter of Islamic State, were killed in two separate police raids.

The British Government Communications Headquarters (GCHQ) has been implicated in spying on a number of occasions, most recently on a senior employee of German Chancellor Angela Merkel late last month. The existence of mass surveillance and the interception of online and communications data by UK and US intelligence services was first leaked by NSA whistleblower Edward Snowden in 2013.

In early December, the independent UK Investigatory Powers Tribunal (IPT) ruled that surveillance of communications data by the UK government was not in violation of the country's human rights laws.