Over Half of Unemployed UK Youths Anxious Over Everyday Situations: Report 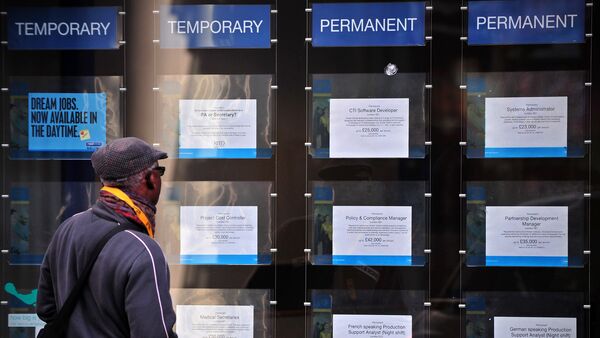 German Unemployment Reaches Record Low, Growth in 2015 Expected
"More than a third (36 per cent) often feel anxious about everyday situations, rising to 52 per cent of NEETs," the report issued in January highlighted.

NEET is an acronym for young people aged between 16 and 25, who are not in employment, education or training. The term is widely used in the United Kingdom, Japan, South Korea, Canada, Spain and Mexico.

Global Markets Still Fear the Looming Fed Interest Hike on Jobless Data
The report indicated that anxiety among the unemployed young people impacted their ability to sleep well, eat properly, look after their health and even prevented them from finding a job.

About six out of 10 unemployed people interviewed said their anxiety caused them to experience sleep disturbances, while 51 percent of NEETs could not find the strength to look for a job, the Prince's Trust survey revealed.

In total about 2,265 young Britons took part in a poll, carried out by the Prince's Trust in November and December 2014.