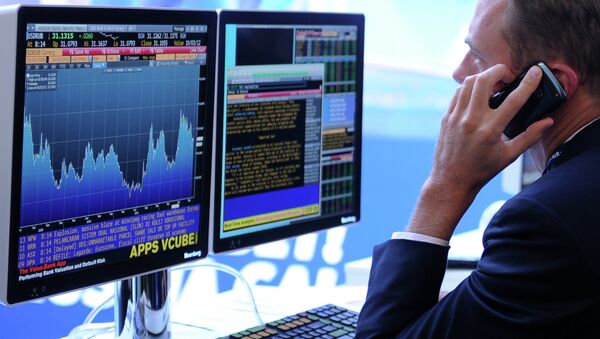 "Downgrading the sovereign [credit] rating of a country usually has a negative impact on its financial markets and affects the government's opportunities to attract debt capital. Downgrading the [sovereign] rating to a level that is lower than the investment grade would mean selling out Russia's and Russian issuers' Eurobonds by Western investors and funds," Pavel Mitrofanov, director of corporate ratings of "Expert RA" (RAEX) said

On Tuesday tradings, the Russian ruble lost its value against dollar amid fears that S&P would downgrade Russia's credit rating in the next few days.

"Moreover, in the event of a downgrade, the reward for the risk of investing in Russian debt securities that investors demand increases considerably. Also, downgrading the rating may produce additional pressure on the exchange value of the ruble," Mitrofanov added.

In December, S&P announced that it would complete its review of the Russian rating by mid-January and it could be lowered to junk BB+ amid the current downturn in the country.

Earlier in January, Fitch, another major ratings company headquartered in London and New York, downgraded Russia's credit rating from BBB to BBB- citing "sharp falls in the oil price and the ruble, coupled with a steep rise in interest rates." The company also set a negative outlook on Russian sovereign debt.

Russia's economy is currently suffering from a sharp decline in oil prices, with the country's budget being largely dependent on energy exports. The fall in prices was triggered by the decision of the Organization of the Petroleum Exporting Countries' (OPEC) not to cut oil production. In particular, the Russian ruble has plummeted recently hitting historic lows.