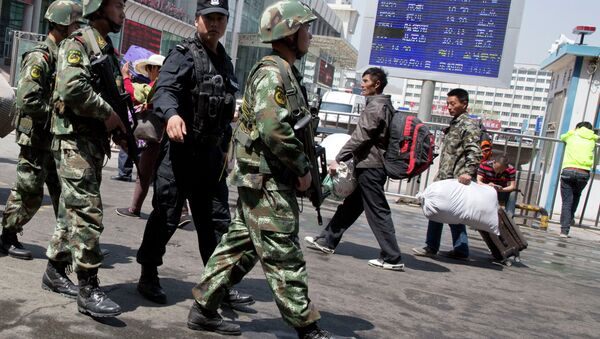 Monday’s clash happened after residents of a business district in the town of Shule noticed a “suspicious person” carrying an explosive device and alerted local law enforcers, who quickly arrived at the scene. No others were injured in the brief shootout. There has been no word so far about the identity of the attackers.

Violence in Xinjiang has increased over the past year, with at least 200 people killed in a series of clashes in the long-troubled region.

Beijing blames the attacks on “religious extremists”, “separatists” and “terrorists” and has responded with a series of clampdowns, arresting hundreds and executing dozens of convicted terrorists.