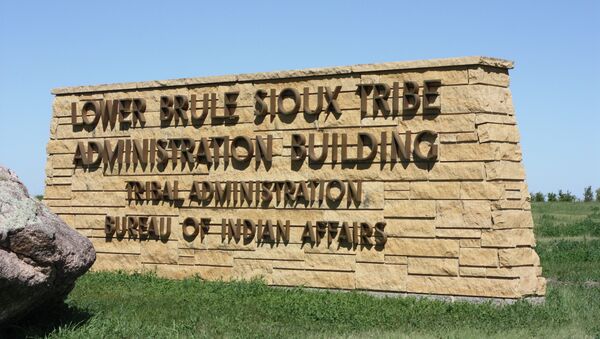 Former Virginia Governor Sentenced to Two Years for Corruption
MOSCOW, January 12 (Sputnik) — At least $25 million in funds for social services and poverty alleviation programs in the Lower Brule Sioux Reservation in the US state of South Dakota have been systemically appropriated by tribal authorities, according to a report issued by Human Rights Watch (HRW) Monday.

“Human Rights Watch research found that at least US$25 million of Tribal Government expenditures from 2007 to 2014 remain unexplained,” the report reads.

Almost the whole sum was supposed to be used to provide essential services, including education, water and poverty reduction programs, according to the report.

“A small circle of political elites with stark conflicts of interest between their public responsibilities and personal interests runs the Tribal Government in an environment largely devoid of transparency,” the report said.

Native Americans Call on Obama to Block Keystone Pipeline
HRW indicates that tribe lacks effective mechanisms to hold members of the Tribal Council accountable for corruption and misuse of public funds. As a result, “harmful patterns of mismanagement were able to thrive in secrecy” and created serious human rights problems at the Lower Brule reservation.

“It’s time to end the stonewalling and secrecy and let the truth come out about where their money has gone,” HRW business and human rights director Arvind Ganesan said in a press release.

Over 40 percent of the members the Lower Brule Sioux tribe live in poverty, lacking access to basic social services and employment.