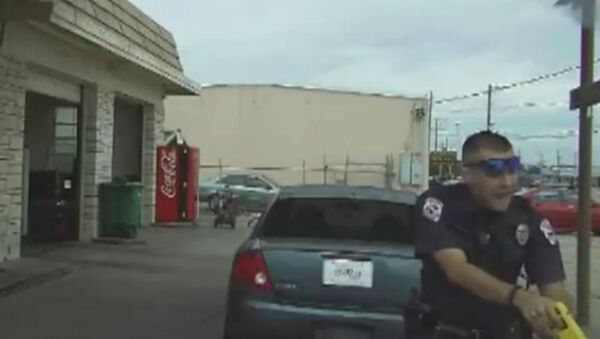 Former Texas police officer Nathanial Robinson, who was terminated for using a taser to cripple a 76-year-old man in a traffic stop last week, is seeking to be reinstated.

Robinson’s attorney Greg Cagle says there was “nothing unreasonable” about the incident that got the officer fired, and that such use of force by law enforcement is “constitutional.”

Robinson was caught on a dash-cam grabbing and pushing 76-year old Pete Vasquez after stopping him for an expired vehicle inspection sticker.

Cagle, an attorney for Texas Municipal Police Association (TMPA), argues that Vasquez kicked the officer, prompting him to use the stun gun on the old man and arrest him.

"There's nothing unreasonable at all about that level of force," said Cagle.  “Vasquez wasn't injured. He scratched his elbow and hurt his feelings, but those aren't injuries in the constitutional sense."

Texas Rangers investigated the traffic stop and referred the case to local prosecutors for review.

TMPA Executive Editor Kevin Lawrence defended Robinson, saying it has become more common for administrators and politicians to not stand behind police officers.

"Why we're not giving them more benefit of the doubt today, I don't know," Lawrence said. "I think it's a very dangerous path we're on."

Robinson had been with the Victoria police for 18 months prior to the incident.

"If you think he could have done it different or better, then that's a training issue," Cagle said. "I think he deserves his job back, and that's what we're going to try to do."