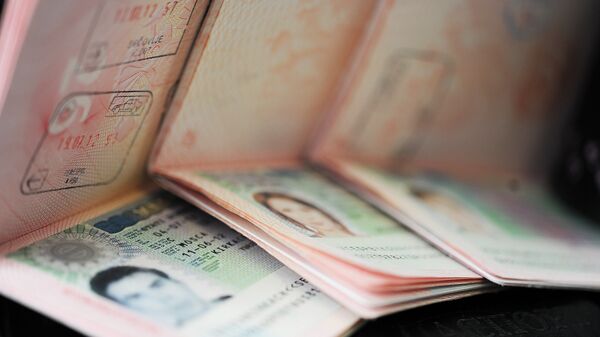 © Sputnik / Sergei Kirkach
Subscribe
International
India
Africa
The series of terrorist attacks in France prompts Spain to call on Schengen countries to reconsider the agreement. Spain is ready to cut freedom of movement in exchange for higher security.

“We will insist on establishing control at the borders, although this means that we will possible have to modify the Schengen agreement,” Diaz told El Pais.

Diaz said that such measure is needed in order to limit movement of Islamic militants returning to Europe from the Middle East.

Yemen Investigates Al-Qaeda’s Suspected Involvement in Charlie Hebdo Attack
The decision followed a series of terrorist attacks involving alleged Islamic radicals, who killed a total of 17 people in Paris over the week.

On Wednesday, brothers Cherif and Said Kouachi killed 12 people in an attack on the office of Charlie Hebdo magazine, known for its anti-Islam cartoons. The brothers reportedly claimed allegiance to al-Qaeda in Yemen after the shooting.

The following day, a female police officer was killed during a shootout in Montrouge, a suburb of Paris. The French Prosecutor's Office classified the incident as a terrorist attack.

Paris Hostage Taker Reportedly Pledged Allegiance to IS in Recent Video
On Friday, the suspected Montrouge shooter, identified as Amedy Coulibaly, took some 15 hostages and opened fire in a kosher food supermarket located in eastern Paris. The gunman shot four hostages dead before he was killed by police. A video uploaded on social media on Sunday showed Coulibany pledging allegiance to the Islamic State terrorist group.

IS, which has proclaimed a caliphate over the controlled swathes of land in Iraq and Syria, draws fighters from across the globe. According to UN estimates, some 15,000 foreign fighters, including many Europeans, have travelled to Syria to join extremist groups since 2011.