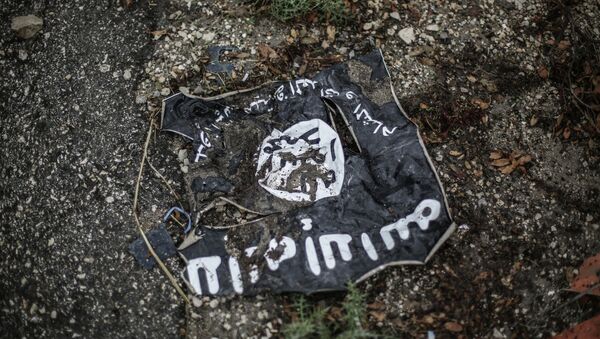 © Sputnik / Andrei Stenin
Subscribe
At least 600 Islamist militants have returned to Europe from Syria and Iraq, according to Spanish Minister of the Interior, Jorge Fernandez Diaz, said Friday.

"There are hundreds of those who are right now in Europe, and they can intensify their activities any moment as individuals or as members of offshoots [of the terrorist organizations] or minimally structured groups, and can conduct such tragic attacks as we have seen day before yesterday in Paris," he said in an Interview with the Spanish Telecinco channel.

No Threat of Islamophobia in Spain Following Charlie Hebdo Attack: PM
The statement came in the light of the recent Charlie Hedbo terror attack in Paris, allegedly carried out by Islamic extremists.

According to Diaz, approximately 3,000 Europeans have joined different extremist groups in the Middle East of late. About 80 percent of them were fighting for Islamic State (IS), whilst others joined various offshoots of al-Qaeda.

Some 70 Spanish fighters went to Middle Eastern countries and nearly 10 of them have already returned. About a half of them have been detained in Spain or Morocco, the Minister of the Interior stated.

Concerns over the danger posed by foreign fighters returning from the Middle East to their countries of origin have been raised by a number of European leaders. Since the beginning of the civil conflict in Syria in 2011, some 15,000 foreign fighters have entered the country to join different extremist groups, according to UN estimates. Research by the UK-based International Centre for the Study of Radicalization and Political Violence revealed that one in five foreign fighters in Syria came from Western Europe.