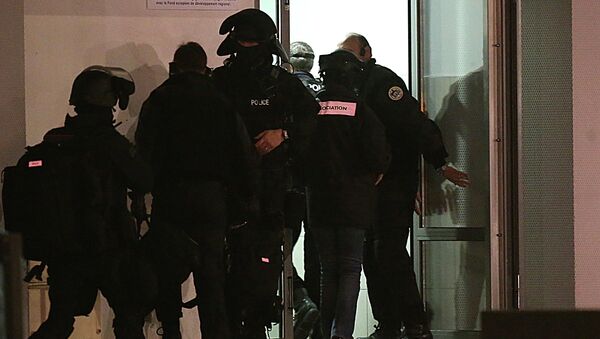 French media reported earlier that the three suspects were localized in Reims. According to Liberation newspaper, the raid has begun at 11.00 p.m. local time (22:00 GMT). The manhunt is being carried out in three different locations simultaneously.

Earlier on Thursday Liberation newspaper said citing the French Ministry of the Interior, that the attackers have been identified and localized but not detained yet.

According to French media, the suspects are Frenchmen of Algerian origin, aged 34, 32 and 18. The men have been named as Said and Cherif Kouach and Hamyd Mourad. Kouach brothers returned from Syria in the summer of 2014.