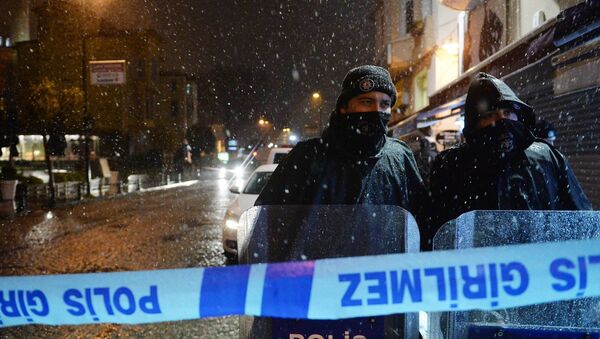 A left-wing revolutionary party has claimed responsibility for Tuesday's suicide attack on the Istanbul police which killed one police officer and wounded another.

A female suicide bomber entered a police station in the city’s historic district of Sultanahmet claiming she had lost her purse before blowing herself up. The blast injured two police officers, one of whom later died of his injuries.

In a statement posted on the website 'The People’s Cry' hours after the attack, the group said the bombing had been directed against the ruling AK Party (Justice and Development Party) as an act of reprisal for the killing of 15-year-old Berkin Elvan, who died in March last year after spending nine months in a coma due to a head wound he sustained during an anti-government protest, says Reuters.

Suicide Bomber Blows Herself Up, Injuring Two Police Officers in Istanbul
“It is the same state which shot Berkin Elvan and which protects the thief ministers," the agency quoted the statement as saying, in an apparent reference to Monday's ruling of a parliamentary commission not to commit four ex-ministers to a higher court due to graft allegations.

The 14-member parliamentary commission, dominated by members of the ruling AK Party, voted on Monday not to send the four ex-ministers for trial, a decision that the opposition decried as a cover-up of one of Turkey’s biggest-ever corruption scandals. 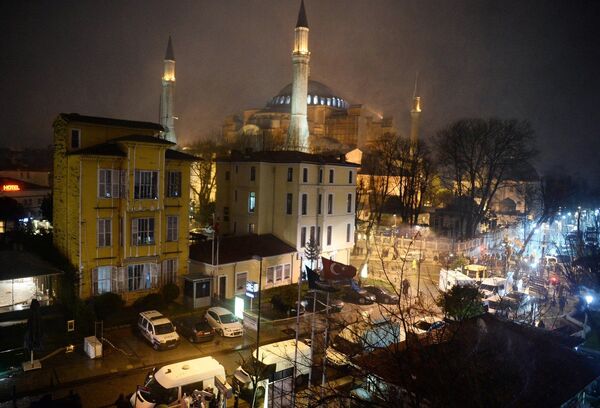 A general view of a police station, at left, where a Turkish police officer was killed and another injured following a suicide attack in Istanbul, Turkey, Tuesday, Jan. 6, 2015
© AP Photo

The scandal led to the resignation of the ministers of the economy, the interior and urbanization, while European Union Affairs Minister Egemen Bagis lost his post in a subsequent reshuffle.

All four have denied wrongdoing.

The DHKP/C also claimed responsibility for a grenade attack on police near the Turkish prime minister’s office in Istanbul last week.

The DHKP/C is considered a terrorist group by Turkey, the United States, and the European Union.