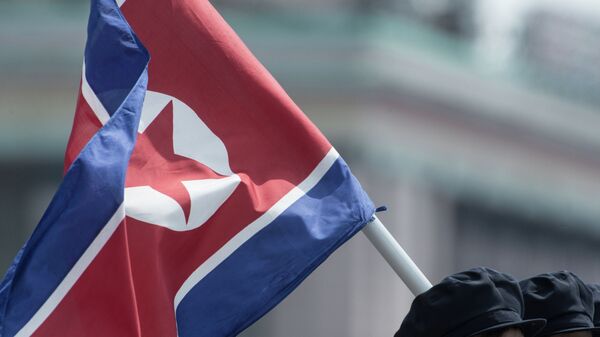 US government consultant on East Asia said that Russia and the United States are not likely to cooperate on new sanctions against North Korea, though cooperation in non-proliferation is a possibility.

WASHINGTON, January 5 (Sputnik) — Russia and the United States are not likely to cooperate on new sanctions against North Korea, though cooperation in non-proliferation is a possibility, US government consultant on East Asia told Sputnik News Agency on Monday.

North Korea Slams US Over ‘Hostile’ Sanctions: Reports
"I am rather doubtful that this is something we will be able to work on with Russia," Bonnie Glaser told Sputnik referring to the US announcement on Friday of new sanctions targeting 10 individuals closely tied to North Korea.

Glaser, who formerly worked as a consultant at the US Department of State and Department of Defense further commented that if North Korea were to conduct another nuclear test, "then there is greater potential for the US to work with China and Russia."

Glaser added that major disagreement over the crisis in Ukraine have spilled over into a number of issues where the United States and Russia have typically worked together. "It's going to be difficult to carve out any issue that we can make progress on with Moscow," she said.

While there is "no consensus" in the area of cyber-security among the United States, Russia and China, Glaser stated that the three could find common ground on the issue of North Korean nuclear non-proliferation.

"I do believe we have a shared agenda on countering proliferation and preventing North Korea from moving forward with its development of nuclear weapons," Glaser told Sputnik.

US Preparing Ground for Working Relationship With Russia: Reports
North Korea last tested a nuclear weapon in February 2013, according to official statements from North Korea's army command, and the Foreign Ministry threatened in November 2014 to conduct additional tests.

On Friday, the US Treasury Department announced new sanctions against North Korea related to numerous provocations, but particularly allegations of North Korean responsibility for a cyberhack against Sony Pictures Entertainment. Governments of both Russia and China deny US charges of North Korean involvement in the cyberattack citing a lack of evidence provided by US officials.