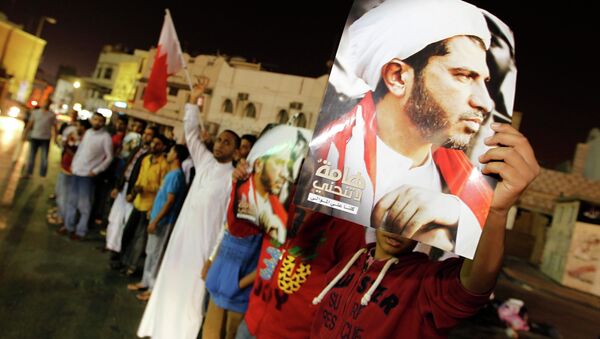 The Public Prosecution Office in Bahrain rejected the appeal to release of Sheikh Ali Salman, the key opposition party Al-Wefaq leader and his new period of detention will be announced by the prosecutors on Monday, January 5.

"We demanded the release of Sheikh Ali Salman on bail, which prosecutors would deem acceptable, but they decided to extend his detention," Shamlawi told reporters Sunday.

Iraq Holds Talks With Bahrain on Release of Opposition: Parliamentarian
According to the lawyer, the new period of the opposition leader's detention will be announced by the prosecutors on Monday, January 5.

After Salman's arrest, Shiite opposition supporters gathered during an unauthorized rally to demand his release. Bahraini police dispersed the demonstrators with tear gas on January 4.