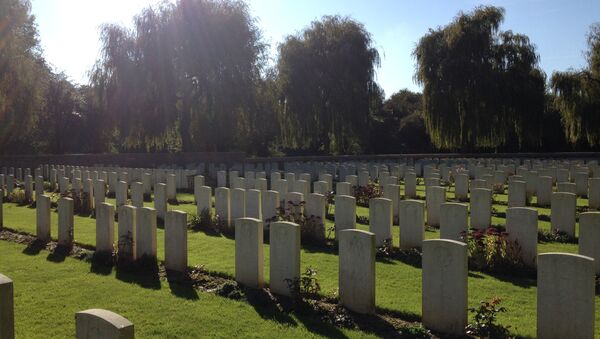 The official has been accused of discriminating views and anti-Roma sentiment.

MOSCOW, January 4 (Sputnik) – A French mayor faces accusations of racism after his denial to bury a three-month Roma baby in the municipal cemetery, AFP reported.

The mayor of Champlan, a commune located 16 kilometers southwest of Paris, Christian Leclerc, explained his decision by lack of available plots, saying that priority should be given to local tax payers. However, some people say that his decision was triggered by anti-Roma sentiment and discriminating views.

France ‘Muslim Ghettoization’ Complete in Ten Years: Study
Local activists accused Christian Leclerc of "racism, xenophobia and stigmatization". His colleague Richard Trinquie, the mayor of nearby Wissous, also called Leclerc’s decision "incomprehensible" and offered the baby parents a plot in his commune, according to BBC.

The girl died on December 26, as result of a sudden infant death syndrome. The baby’s burial is expected to take place on Monday, as reported by the newspaper.

Anti-Roma sentiment is quite widely spread across European countries. It often results in violence towards Romanian immigrants and members of Roma community in general. Roma frequently face discrimination, with many of them living in very poor conditions and having no access to education and medical care.