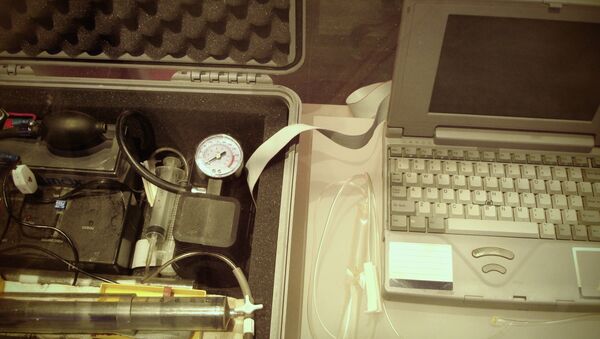 © Flickr / Mads Bødker
Subscribe
The Brussels court granted Belgian national's request to be euthanized, who has reportedly resolved to ending his life due to feelings of anguish over the committed crimes.

Europe Moving Toward Legalization of Euthanasia
MOSCOW, January 3 (Sputnik) — A Belgian national serving a life sentence on charges of rape and murder is the first non-terminally ill person to be euthanized at his own request, De Morgen reported on Saturday.

According to the publication, 51-year-old Frank Van Den Bleeken has been sentenced to life in prison on multiple rape and murder charges over 20 years ago. Last September, the Brussels court of appeals granted Van Den Bleeken's request to be euthanized, who has reportedly resolved to ending his life due to feelings of anguish over the committed crimes.

The Belgian daily adds that the prisoner will be transferred to a detention facility in Bruges next Friday, where a lethal injection is scheduled to be administered on January 11.

Pope Francis Calls Euthanasia, Abortion 'Sins Against God'
Having examined the man, psychologists came to the conclusion that Van Den Bleeken suffered from mental disorder. The prisoner has previously acknowledged being a menace to the public.

The publication went on to add that after the court ruling, at least 15 prisoners followed suit and requested to die voluntarily.

Various forms of euthanasia and assisted suicide are considered legal in Belgium, the Netherlands, Luxembourg, Switzerland, Germany and five US states. The practice is subject to worldwide debate over the legality, morality, ethical and social acceptability, as well as the religious aspect of suicide and murder.