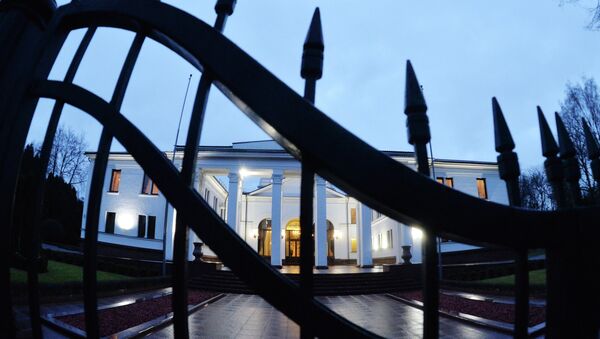 Foreign ministers Sergei Lavrov, Pavlo Klimkin, Frank-Walter Steinmeier and Laurent Fabius discussed the framework of the Minsk agreements and stressed the need for the early convening of the next meeting of the Contact Group on Ukraine crisis during telephone talks on Friday.

Contact Group Meeting on Ukraine Crisis Concludes in Luhansk
MOSCOW, January 2 (Sputnik) — Foreign Ministers of Russia, Ukraine, Germany and France during a telephone conversation on Friday stressed the need to convene another meeting of the Contact Group on resolving the situation in Donbas, Russian Foreign Ministry said in a statement.

"The sides continued to discuss the ways to promote the peaceful settlement of the situation in the south-east of Ukraine, including in the framework of the Minsk agreements. In this regard, [they] stressed the need for the early convening of the next meeting of the Contact Group," the statement said.

The ministers also discussed the schedule of further consultations in the so-called "Normandy format" on different levels.

The Contact Group, comprising representatives of Russia, Ukraine, DPR, LPR and the OSCE met in Belarusian capital Minsk on September 5 and 19, which resulted in a ceasefire agreement between the warring sides. They, however, repeatedly accused each other of violating the ceasefire.

On December 9, Ukrainian President Petro Poroshenko declared a "silence regime" in the in the conflict-torn Donbas region in the southeast of Ukraine in a bid to revive peace negotiations.