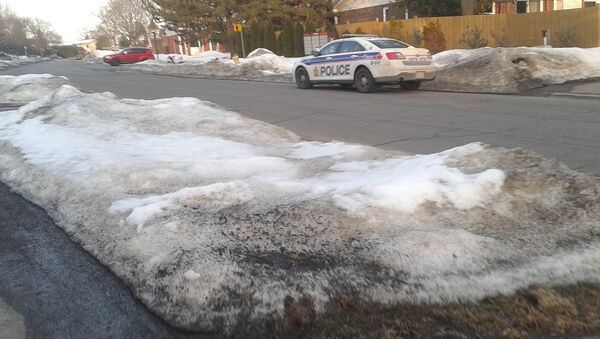 Two people have reportedly sustained life-threatening wounds during a shooting at a house party in Calgary. Police are interviewing 15 guests and looking for suspects.

"Up to 7 shot, 2 with life-threatening injuries in Calgary New Year's shooting," CBC News said on its official Twitter. On its website CBC said that the number of those shot is still unclear but it is believed to be between five and seven.

According to CBC News, local police started receiving calls about shots being fired at a private house party at 5:05 am local time (12:05 GMT) Thursday. The party was attended by about 50 people, 15 of them are currently being interviewed by police and officers are still looking for "multiple suspects" who have fled the scene.

Up to 7 shot, 2 with life-threatening injuries in Calgary New Year's shooting http://t.co/RJtCmvsvfW pic.twitter.com/CFNDZTnMbK