55 Years Later: Cuba and U.S. Edging Ever Closer on Anniversary 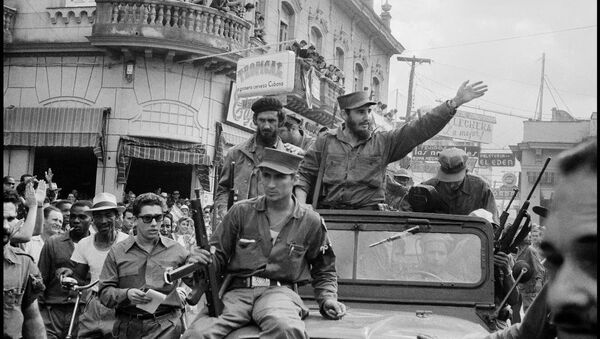 In addition to starting a new year, January 1 is also the anniversary of the Cuban revolution. At 55 years, the latest anniversary is seeing a quick thawing of one of the last remnants of cold war relations.

Under Bastista, Cuba gradually evolved into a playground for the American rich and not-so-rich. From the 1920s to the 1950s Havana became a holiday and gambling center to rival Miami and Las Vegas. Many wealthy Americans had second homes there including the wealthy Dupont family whose former villa Xanadu was the inspirations for the palace in the Orson Welles film Citizen Kane.

US to Restore Diplomatic Relations with Cuba, Open Embassy in Havana

This was the period when the Tropicana nightclub in Havana achieved its heyday, when the Capitolio building in Havana was built in direct imitation of the Capitol in Washington, when the US Hershey chocolate company built an electric railway to service its sugar plantations and when Havana became a byword for tropical hedonism and vice.

In addition to the corruption, the Batista regime was brutal. Poverty, illiteracy, and mock elections were the order of the day as was police brutality and intolerance of any type of dissent. Historians note that killings, political imprisonment and torture were quite common.

The Road to Liberation

Fidel Castro was a 26-year-old lawyer when he started speaking out against repression in Cuba. He eventually joined his brother Raul and others in conspiring to overthrow the regime.

The revolution started in earnest on July 26, 1953, when 123 Movement fighters led by the Castros attacked military barracks in Santiago and Bayamo. According to Fidel Castro nine revolutionaries were killed in the fighting, and an additional 56 were executed after being captured by the Batista government.

Later, the Castros were captured and put on trial during which Fidel Castro said "Condemn me, it does not matter. History will absolve me."

They were convicted but later released under political pressure and they fled to join other exiles in Mexico where they planned the revolution.

After several years of guerrilla-style warfare, the revolutionaries gained ground and in late 1958, major victories caused Batista to panic and he fled to the Dominican Republic. A new revolutionary president, Manuel Urrutia Lleó, took power. Fidel Castro would arrive in Havana on January 8 after a long victory march to the capital.

Castro and the U.S.

Later that year, Castro travelled to the United States to garner support for the new government.

Cuba Not Likely to Return Refugee US Seeks on Murder Charges

"I know what the world thinks of us, we are Communists, and of course I have said very clearly that we are not Communists; very clearly,” he said.

However, the request for communication would fall on deaf ears. Having come to power in a bipolar world in which the United States and the Soviet Union competed for loyalty from nations around the world, the general distrust of Castro — who had overthrown “our man” Batista — destroyed any hope of normal relations and the Cuban embargo was put in place shortly after.

What Can Happen in a Half-Century

It took 55 years but the cold war freeze in U.S.-Cuban relations has finally begun to thaw. An important prisoner exchange removed one major obstacle to a normalization of relations. That is not to say it will now move very quickly, however. 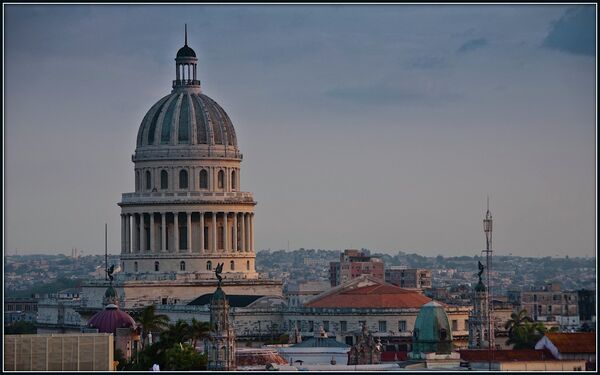 Capitolio, the Cuban parliament building
© Flickr / Matt Smith
“The embargo is still in place, after all,” pointed out Arturo Lopez-Levy, adjunct professor at center for global studies at NYU and an advisor for American politicians on Latin-American affairs.

“There’s still a lot of suspicions and a lot of distance between the two partners,” Lopez-Levy told Sputnik.

However, “we can say its a landmark because, for the first time in the 55 years, the US and Cuba are talking about policy,” he said.

Lopez-Levy looks warily at elements on both sides who oppose any detente.

“The challenge in the short term is how the governments of Raul Castro and Barack Obama can manage the relationship in a way in which they can limit the impact of the spoilers,” he says.

The “spoilers” include the anti-Castro exiles who see a leader in Marco Rubio, Senator from Florida and a likely 2016 presidential candidate. Then there are neo-conservatives in the U.S. who won’t agree to normalization unless it means full regime change in Cuba.

Lopez-Levy notes that many of those very elements will obtain more power as Republicans take control of the U.S. Senate this year. 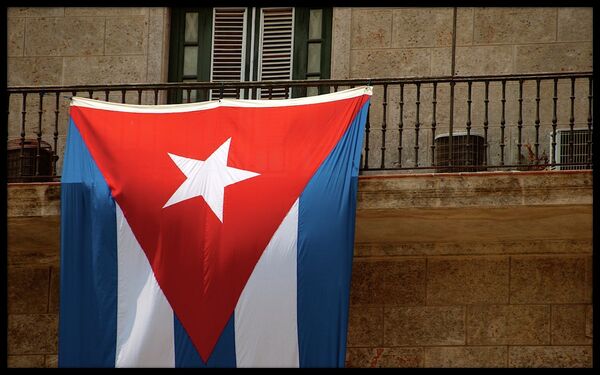 Cuban flag hanging in Havana
© Flickr / Matt Smith
Another challenge for the Castro government:  Protecting Cuba from the “appetites” of American business and industry. The opening of Cuba’s economy could lead to a widening of the income inequality gap, a huge issue for one of the world’s few remaining Communist states, Lopez-Levy says.

“Part of the revolutionary process was the promotion of equality and the guarantee of health and education,” Lopez-Levy argues. “Connections with the world overseas brings a lot of positive things in terms of information, potential export markets and investment but it opens them up to networks of corruption.”

In recent years, the U.S. has appeared to be more open to relationships with countries “on the left” including Latin American nations. However, Cuba has always been a thorn in the side of those relationships, Levy says. As such, rapprochement with Cuba might also be seen as strategic. 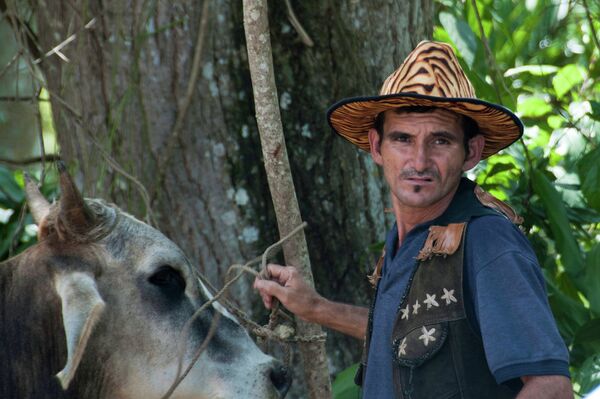 Simultaneously, Cuba has also expanded ties with nations, partly to counter the impact of the embargo but possibly also in preparation for an eventual of thawing of relations with the U.S.

“Even when Cuba restores diplomatic relations with the US, Cuba should make a significant effort in counterbalancing the magnetic force of the U.S. by keeping relations with other powers in the world such as Russia, China and other Latin american countries,” Lopez-Levy explained.

It’s hard to know exactly what exactly Fidel Castro makes of the latest moves by the U.S. but Lopez-Levy says he would likely be very open to it. After all, Castro went to the U.S. to sell the idea of the new Cuba right after the revolution.

“I don’t think fidel Castro would have questioned the idea,” Lopez-Levy said. “Nothing in it is offensive to Fidel Castro’s vision of Cuba’s role in the world.”