Moscow Advises US to Not Politicize Criminal Cases on Navalny 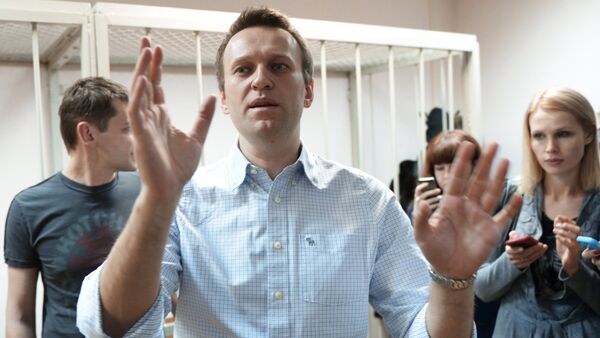 "In regard to the 'concerns' expressed by several representatives from the United States and the European Union over the sentencing of the Navalny brothers found guilty of embezzlement, I would like to recommend that Washington and Brussels leave their attempts to pressure the Russian judicial system behind and not to politicize a clearly criminal case," Konstantin Dolgov said in a statement posted on the Foreign Ministry's website.

Navalny Verdict Aims to Deter Political Activism in Russia: US State Dept.
On Tuesday, US State Department spokesperson Jeff Rathke called the verdict against the Navalny brothers a "disturbing development" and said that it was designed "to punish and deter political activism" in Russia.

Earlier in the day, a Moscow court handed down a suspended sentence of 3.5 years to Alexei Navalny in a case involving alleged embezzlement from the Yves Rocher cosmetics company. Navalny's brother, Oleg was sentenced to a real prison term of 3.5 years.