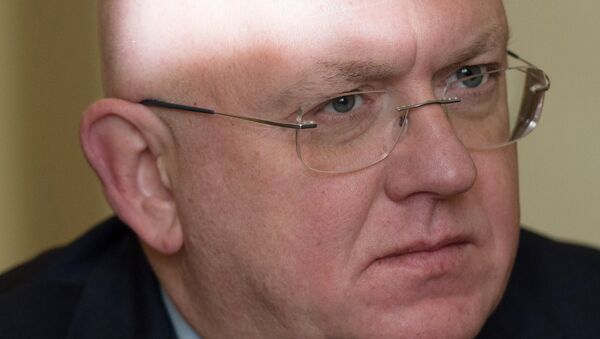 About 40 countries and groups of states officially expressed their willingness to create a free-trade zone with the Eurasian Economic Union (EEU), according to Russian Deputy Foreign Minister Vasily Nebenzya.

"About 40 countries and groups of states have officially expressed their willingness to create a free-trade zone with our integration body," he said.

Russia, Belarus and Kazakhstan signed a treaty to establish the Eurasian Economic Union on May 29. Armenia joined on October 10, while Kyrgyzstan signed its accession treaty on December 23.

The treaty, set to replace the existing Customs Union between Russia, Belarus and Kazakhstan, will come into force on January 1, 2015.

Eurasian Economic Union to Continue Work With US Despite Tensions: Official
The EEU guarantees the free flow of goods, services, capital and labor, in addition to implementing a coordinated energy, industrial, agricultural and transport policy between its member states. The union's ultimate objective is to establish a single economic market stretching from the European Union to China, serving over 170 million people.

Earlier this month, Russian Union of Industrialists and Entrepreneurs vice president Alexander Murychev suggested that economic integration within the EEU will help member state economies reduce their dependency on the dollar and euro.

Meanwhile, speaking at the Eurasian Economic Conference alongside Murychev, Igor Suvorov, president of the Eurasian region's 10-member Interstate Bank, said the union's stated goal is to increase the share of national currencies used in transactions among members.

A body to regulate the EEU's financial market is scheduled to be created in 2025.