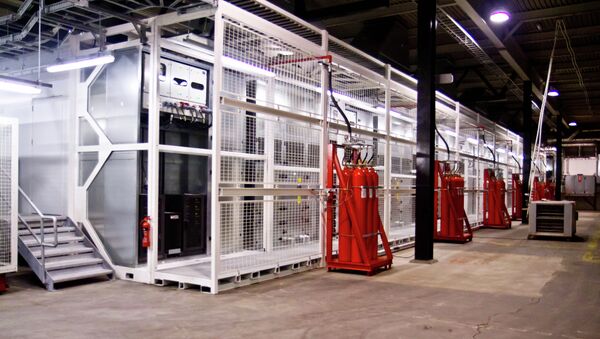 WikiLeaks spokesperson said that Iceland's initiative to become the Switzerland of Bits is unlikely to move an inch further under the country's current conservative government.

"It has absolutely been stalled," Kristinn Hrafnsson said Tuesday commenting on the state of Iceland's 2010 resolution which aims to make the country a safe haven of information and expression.

Iceland: Safe Haven for Data Inspired by WikiLeaks
Hrafnsson stressed that despite certain improvements, after the conservative government took power in 2013, there has been very little political interest in pushing the initiative forward.

"I believe that the parliamentarians form the conservative parties had no idea of the full extent of what they were voting for at that time, and from what I have seen in the work of the current government – they are even regressive, as conservative is a mild description of the government policy," Kristinn Hrafnsson told Sputnik, adding that he would not "put any hope on that government to push any inch further."

Hrafnsson reminded that the resolution was passed in parliament in June in 2010, when the financial crisis was very pressing on people's minds and shortly after Icelanders forced their government to resign after a banking fraud scandal. At that time, the WikiLeaks spokesperson noted, there was "a big thirst for transparency, a big thirst for information freedom" so that the resolution stating that Iceland should become a safe haven of information and expression was adopted by the parliamentarians of all parties.

"However, what happened afterwards was that the reality kicked in, the officials and the ministries were assigned to look into the matter and soon found out that this was quite a difficult task to achieve and a rather utopian ideal form a perspective of officials and their advisors," Hrafnsson explained.

WikiLeaks Releases Classified CIA Agents Tips on Infiltrating EU, Schengen
He also noted that the only industry that appears to care about the reforms implementation is data hosting industry.

"That might turn into something when people see that there is a possible financial gain connected to it," Hrafnsson said.

Earlier today, a co-founder of Iceland's Pirate Party Birgitta Jonsdottir underlined that the Icelandic government is now obliged to fulfill the reforms it promised, as international companies trust Iceland to look after their data.