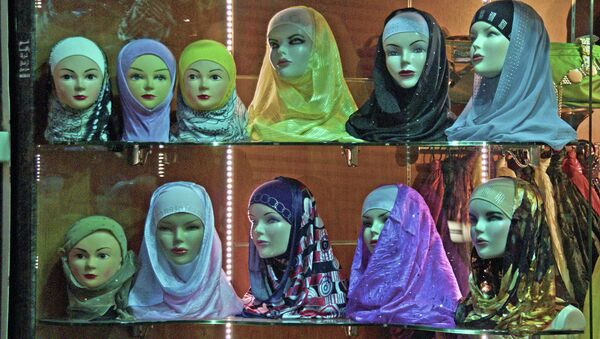 "The new move comes a few weeks after [Noura] Al-Odwan [a woman member of the Shoura] criticized the appearance of some presenters, saying they used too much makeup, drawing flak from the male Shoura members and female anchors," Arab News reported.

The proposed provisions would impose a strict dress code for TV hosts and anchors, including "an abaya and scarf for women," the media outlet underscores.

Reportedly, it was Noura Al-Odwan, a female member of the council, who convinced the Saudi culture and media affairs committee to take the initiative and present the controversial amendments to law makers.

It is worth mentioning that Al-Odwan has repeatedly slammed female newsreaders for "showing off their beauty," and warned that such behavior could ruin the international reputation of the Saudi monarchy.

The media outlet points to the fact that the issue has already provoked a heated debate among Saudi bloggers. While some of them praised the new amendments, others insisted that the Shoura Council "should not waste their valuable time discussing such 'silly' issues."

"This move has given me hope. Until now I believed that women Shoura members did not represent me," said Ghada bint Fahad, adding that she was glad that the issue had finally been raised by the Shoura.

"They [channels] should not use women as a commodity to attract more viewers," said another blogger, as quoted by the media source.

Saudi Arabia has among the world's most conservative laws due to the government's interpretation of Islam. The state is governed in accordance with the Islamic Sharia law, which is based of the teachings of Koran.