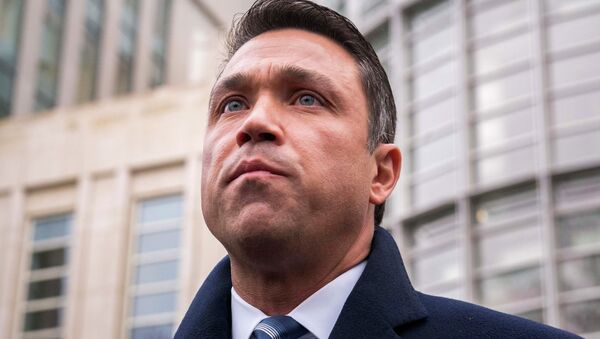 US Congressman Michael Grimm decided to step down from Congress after pleading guilty to charges of tax evasion, fraud and perjury in a New York federal court.

"After much thought and prayer, I have made the very difficult decision to step down from Congress," Grimm was quoted by The Hill as saying in a statement.

Last Tuesday, Grimm pleaded guilty to one count of tax evasion and has reportedly admitted to committing fraud and perjury. Despite a 20-count indictment following a two-year investigation, Grimm was reelected in the November midterm elections that saw the Republican Party sweep into power.

In January, Grimm was videotaped threatening to throw a reporter off a Capitol Hill balcony when asked about an investigation into financial violations that occurred during his campaign.

The 44-year-old former FBI agent and businessman is accused of failing to declaring more than $1 million in wages and receipts, as well as hiring undocumented workers in his health food restaurant from 2007 to 2010.

According to a Pew Research study released on Monday, a year-end surge in passed legislation helped the 113th legislature narrowly avoid the distinction of being the "least productive Congress in modern history."