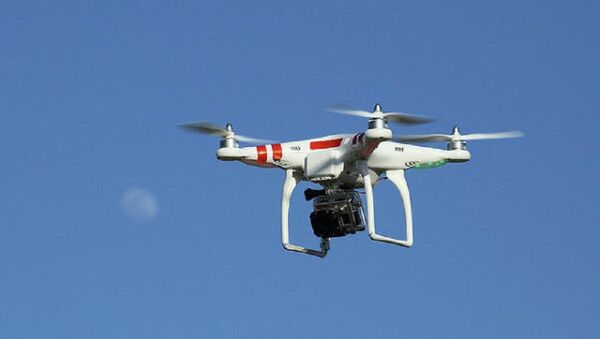 A representative from the Association for Unmanned Vehicle Systems International claims that the potential of unmanned drones will only take-off after the US Federal Aviation Administration adopts long-awaited regulations.

“There is a lot of excitement and enthusiasm for the use of UAS… Groups from firefighters to farmers to film companies want to use this technology to do their jobs more safely and efficiently, but the potential of this technology will remain grounded until regulations are created by the FAA,” Hinton said on Monday.

She also underscored that the US aviation authorities are likely to adopt drone regulations in the near future.

“A proposed rule from the FAA on the use of unmanned aircraft systems in the [US] national airspace is expected any day,” Hinton said.

New FAA regulations will provide “significant clarity” to the future of drones and begin “a key rulemaking process,” Hinton explained.

Right before the Christmas season, when drones are becoming increasing popular gifts, AUVSI, the Academy of Model Aeronautics and the Small UAV [Unmanned Aerial Vehicles] Coalition launched the Know Before You Fly campaign in partnership with the FAA to provide prospective users of unmanned aircraft with the information and guidance they need to fly their drones safely and responsibly.

“The vast majority of UAS operators [in the United States] are following the FAA’s guidelines for safe use of the technology,” Hinton stressed.

Large US companies, such as Google, Amazon and Domino's Pizza, have shown their interest in using drones for their services, but the regulators are worried about privacy concerns connected with the technology.

Drones are currently being used in policing, firefighting, pipeline checks, and for the military purposes. If the FAA allows commercial drone flights in the United States, UAVs could create estimated 100,000 jobs and $82 billion in economic impact in the first 10 years, according to the Association of Unmanned Vehicle Systems International.

According to an FAA document cited by the Washington Post, four people have been killed in recent years after a drone crashed into them. In addition, there have been reported cases of drones nearly colliding with passenger aircraft.