US Makes Airstrike Against Senior Al-Shabaab Member in Somalia: Pentagon 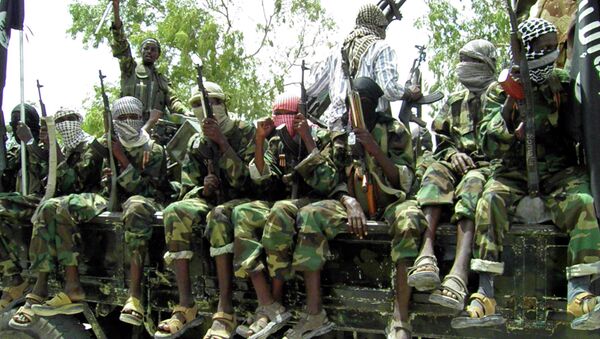 Pentagon Press Secretary stated that the United States made an airstrike in Somalia targeting a senior al-Shabaab extremist group leader.

"The U.S. military conducted an airstrike in Somalia today against the al-Shabaab network. The target of the strike was a senior al-Shabaab leader. The strike took place in the vicinity of Saakow, Somalia, Kirby said on Monday, without specifying the name of the terrorist leader.

Kirby added that the Pentagon does not "assess there to be any civilian or bystander casualties," and will provide additional information later.

Al-Shabaab is an Islamic extremist group linked with al-Qaeda that intends to create an Islamic state in Somalia. The group persecutes non-Muslims, advocating strict interpretation of Sharia law.

On December 25, al-Shabaab militants attacked an African Union Mission in Somalia base in the capital Mogadishu, killing three servicemen and a civilian contractor. The group reportedly said it targeted the Christmas party at the compound.