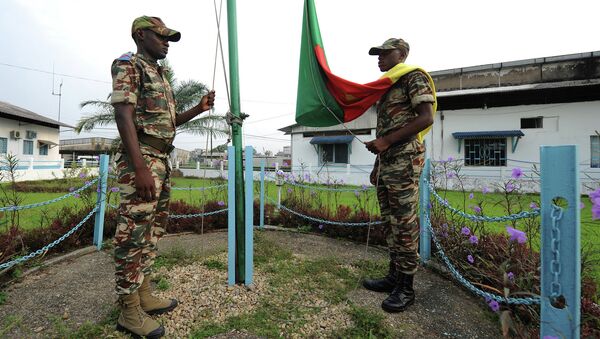 Cameroon has carried out its first-ever airstrikes against Boko Haram positions, at least 41 Boko Haram fighters were killed in the operation.

Cameroon: At Least 30 People Killed in Boko Haram Attack
MOSCOW, December 29 (Sputnik) – Cameroon has carried out its first-ever airstrikes against Nigeria-based Boko Haram after the terrorist group assaulted five villages and captured a military base in the country's north, BBC reported Monday.

The agency cited Cameroonian officials as saying the airstrike had weeded out militants who had seized a military base near the Achigachia village and repelled subsequent waves of attacks on the stronghold.

At least 41 Boko Haram fighters were killed in the operation, government officials said, BBC reported. The fighting took the life of one soldier.

On Sunday, the militants attacked a village in northern Cameroon on the border with Nigeria, killing 30 people, a regional governor said.

Boko Haram has been most active on the border between Nigeria and Cameroon. Its name means "Education is Forbidden" in the local Hausa language. Initially, it targeted educational institutions but is now seeking to create an Islamic caliphate in the region.

The group drew international outrage after kidnapping 276 Nigerian schoolgirls in Chibok village in April, physically and sexually assaulting them for refusing to convert to Islam.