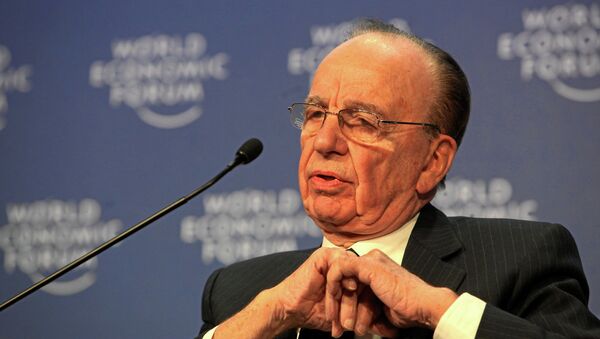 Rupert Murdoch Considers Withdrawing Support Promises to Scottish Nationalists
Richards, who is going to step down as head of Ofcom at the end of December, told the newspaper that the takeover bid was accompanied by informal communications between government officials and lobbyists, and "featured certain companies a lot more than others."

"There was a widespread concern about the balance," Richards was quoted as saying by the newspaper.

In 2010, News Corporation proposed to take over BSkyB, of which it already owned about 39 percent. The bid, however, failed after it was revealed that News of the World, which also belonged to Murdoch, was implicated in a phone hacking scandal.

Richards said there was "intense pressure from the participants in that bid, particularly from the acquirer," and that his department recommended the bid be brought to competition bodies.

"I'm very pro-market and I'm very pro-competition. But any country has to be very mindful of letting too much power in the media into too few hands, and I say that without reference to any individual or company," The Independent quoted Richard as saying. "There's always a danger if you have too concentrated a media because of the relationship that creates with the political system and public opinion."

In the interview, Richards also recounted the "unhelpful" trials that Ofcom engaged in with BSkyB.

"My regret is that we have spent years and years in court and millions and millions of pounds in a court battle which takes too long, costs too much and I don't think is particularly helpful," Richards added.

He also noted that the legal system made it possible for companies with greater financial and legal resources to challenge Ofcom rulings on competition.

Murdoch is an Australian-American media magnate who owns a number of other holdings apart from the News Corp. media conglomerate. According to Forbes, 120 newspapers are published by Murdoch's empire in at least five countries, including The Sun, The Times, and Sunday Times in the United Kingdom.

In July 2011, News International, a UK subsidiary of News Corp., shut down the News of the World newspaper amid public outcry over its staff's interception of telephone conversations in the pursuit of stories.