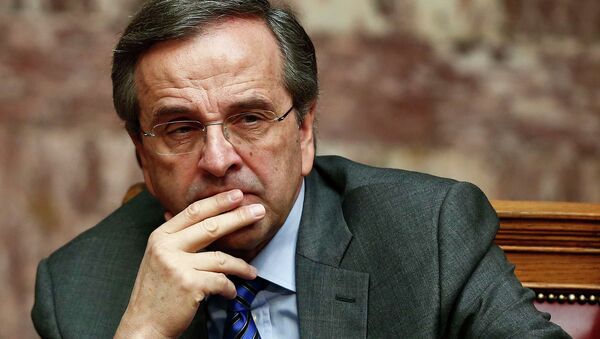 Greek Prime Minister Antonis Samaras announced that he will request the president to hold snap parliamentary elections on January 25.

"Tomorrow I will visit the president and request… that elections be held as soon as possible, on January 25," Samaras said in a televised address, AFP reported.

Earlier Monday, the Greek parliament failed to elect a president in a third round of the elections with government candidate and former European Commissioner for environment Stavros Dimas securing 168 votes instead of the 180 needed.

On December 23, the Greek parliament wasn't able to elect a president after a second round of voting, when one-third of parliamentarians abstained in the vote, and Stavros Dimas only gained 168 votes out of 200 needed. The main opposition party in the Greek parliament, Syriza, has not nominated a candidate as they are seeking new general elections.