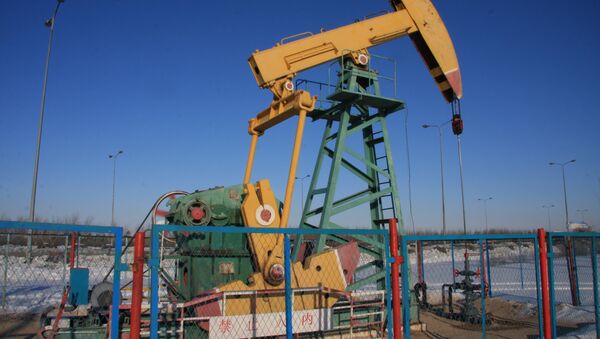 As China's largest inland oilfield, Daqing has produced more than 2.1 billion tons of crude oil since production started in 1960.

According to Xinhua, the reason for reducing output is limited oil reserves, high cost of development and declining international oil prices.

China to Surpass US to Become Largest Economy in 2025: Report
One Daqing worker said that a suitable modification of output could allow the oilfield to develop sustainably and give more time to research on new technologies.

It is a matter of concern, however, that output target reduction may put pressure on China’s Heilongjiang province. The initial estimate showed that the province's GDP and fiscal revenue in 2015 would decrease by more than 20 billion yuan (3.2 billion U.S. dollars) and about six billion yuan, respectively.

In order to lessen the burden on the local economy, Heilongjiang province plans to accelerate its economic reform and extend cooperation with PetroChina by promoting oil refining projects.