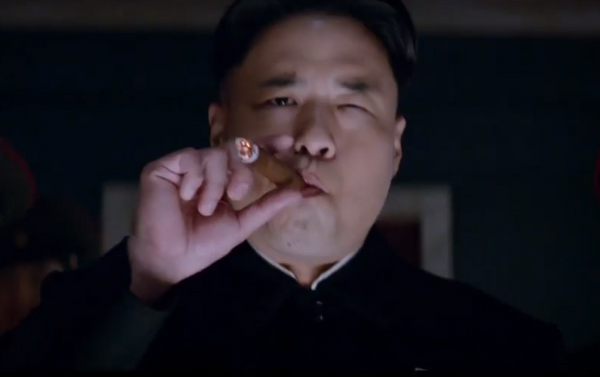 Just a few hours before, North Korea blamed U.S. President Barack Obama Saturday for a internet blackout the country suffered last week and said he was responsible for Sony's decision to release "The Interview", which depicts a plot to assassinate North Korean leader Kim Jong-Un.

This blackout follows one that occurred last week which North Korea blamed the U.S. for. It is not clear whether that widespread outage was in any way connected to Obama's statements last week that Washington would enact a "proportional response" to the Sony Hack, which the FBI has pinned on Pyongyang. However, Obama did push Sony to release the film saying he was disappointing they weren't going to release it after threats were made against any theaters that ran it.

Sony then reversed that decision and The Interview played in more than 300 theaters on Christmas Day to sell-out audiences. It was also widely viewed online.

Five Stories You're Missing in Sony Hack Saga
North Korea has also denied that it was involved in the hack into Sony that initiated the tit-for-tat exchanges, a denial that many cybersecurity experts support. in response to the FBI's assertion it was North Korea, the National Defence Commission, the ruling body, called the U.S. childish.

"The United States, with its large physical size and oblivious to the shame of playing hide and seek as children with runny noses would, has begun disrupting the Internet operations of the main media outlets of our republic," they said.