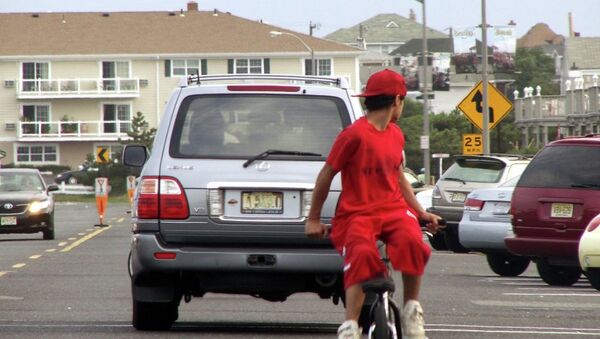 Scientists analysing the winners of the Darwin Awards - given to those who eliminate themselves from the gene-pool by dying after doing something stupid - have proved that men are more stupid than women.

The theory that men are idiots and often do stupid things is backed up by evidence, according to a new report published in the British Medical Journal's (BMJ) Christmas articles series. Researchers looked at data on idiotic behaviour demonstrated by winners of the Darwin Award over a 20 year period (1995 to 2014), for which nominees must 'improve' the gene pool by eliminating themselves from the human race using astonishingly stupid methods, such as opening a letter bomb they had previously sent themselves. The results showed that out of 318 cases, 282 were male, with only 36 being female.

According to the ‘Male Idiot Theory' many of the differences in risk seeking behaviour, emergency department admissions, and mortality may be explained by the observation that men are idiots and idiots do stupid things.

One of the 2014 award nominees is a 51-year-old man whose mummified remains were found in a manhole in Tucson, Arizona, US. According to records kept by Tucson Electric Power the manhole had not been opened in the past five years, so the team that entered the underground high-voltage vault was quite surprised to find the dried remains of a man slumped near cut copper wires. In his shrivelled hand was — a metal bolt-cutter!

In another case, a man strapped himself in an armchair fitted with dozens of helium balloons. He took it outdoors and let go of the tether and ascended into the skies. His plan had been to get to a certain height and then gradually shoot each balloon for a controlled descent. His weapon of choice turned out to be misguided. With one blast of his shotgun, he pelleted all the balloons and crashed to earth to his death.

The scientists in the BMJ study concluded: "Award winners seem to make little or no real assessment of the risk or attempt at risk management. They just do it anyway." However, the Darwin Award judges discriminate hard between plain stupidity in men and ‘accidents'.

For instance, Darwin Awards are unlikely to be awarded to people who shoot themselves in the head while demonstrating that a gun is unloaded. This occurs too often and is classed as an accident.

In contrast, candidates shooting themselves in the head to demonstrate that a gun is loaded may be eligible for a Darwin Award-such as the man who shot himself in the head with a "spy pen" weapon to show his friend that it was real.

The researchers concluded — rather unsurprisingly — that alcohol may play an important part in many of the events leading to a Darwin Award. Three men played a variation on Russian roulette alternately taking shots of alcohol and then stomping on an unexploded Cambodian land mine.

The mine eventually exploded, demolishing the bar and killing all three men.

The scientists, however, are still puzzled as to the root cause of Male Idiot Theory. They said: "it is puzzling that males are willing to take such unnecessary risks-simply as a rite of passage, in pursuit of male social esteem, or solely in exchange for bragging rights."

Until Male Idiot Theory gives us a full and satisfactory explanation of idiotic male behaviour, hospital emergency departments will continue to pick up the pieces. Literally.