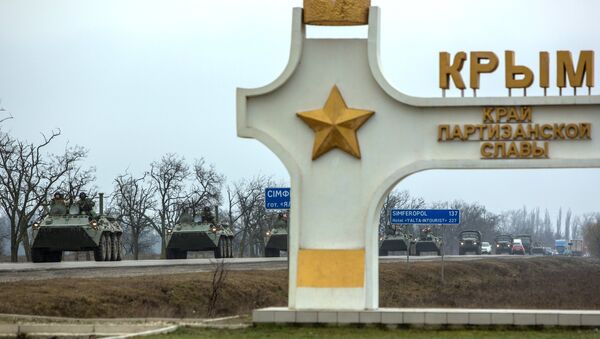 Crimean Transport Minister Anatoly Tsurkin has dispelled the reports regarding the traffic disruptions between Ukraine and Crimea.

SIMFEROPOL, December 27 (Sputnik) — The flow of cargo and passenger traffic through checkpoints at the Ukraine-Crimea border has not been suspended, Crimean Transport Minister Anatoly Tsurkin told RIA Novosti on Friday.

The minister advised to wait until Saturday to get an update on the situation with the border.

Earlier on Friday, Ukraine's state railway operator "Ukrzaliznytsia" announced the suspension of railway service with Crimea starting December 27. The announcement said that trains previously bound for Simferopol and Sevastopol will now terminate at the border with the peninsula.

Ukraine's land transportation security inspectorate also announced the suspension of bus services to Crimea as of December 26. A statement on its website said that the termination was intended to "eliminate threats to the lives and health of passengers."