Inflation in Russia to Remain Over 10% Throughout 2015: Minister 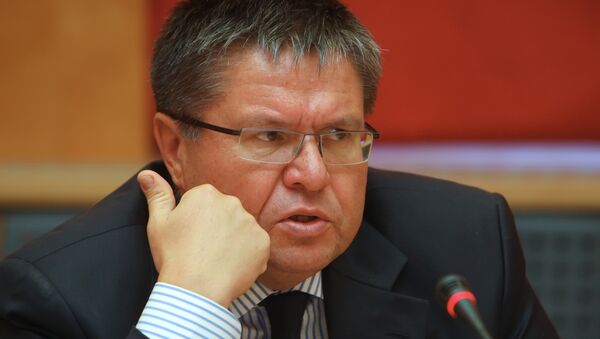 According to the Russia's Economic Development Minister, the inflation rate in Russia in 2015 is expected to stand at its double-digit level, with a high rates at the end of the first quarter and in the second quarter and will be not less than 10 percent.

Russia
Russian Inflation Rate for 2015 to Remain Same as 2014 at 12%: Kudrin
MOSCOW, December 26 (Sputnik) — In 2015, inflation in Russia is expected to stand at the level of not less than 10 percent, Russia's Economic Development Minister Alexei Ulyukayev said Friday.

"Throughout 2015 inflation will stand at its double-digit level, with a high rates at the end of the first quarter and in the second quarter. It will remain rather high afterwards as well. By the end of the year we expect… the level of 10 percent," Ulyukayev said in an interview with Rossiya-24 television.

The Russian national currency has depreciated significantly since July due to the slump in oil prices and Western economic sanctions, imposed on Russia over its alleged role in the Ukrainian crisis.

As a result, the head of the country's Central Bank has predicted a 10-percent inflation rate in 2014 and in the first quarter of 2015, while the Russian Economic Development Ministry has changed its inflation forecast for 2014 from the initial level of 4.5-5.5 percent to more than nine percent.

Earlier in December, head of the Russian Central Bank Elvira Nabiullina said she expected the 2014 inflation rate to reach 10 percent and stay at that level in the first quarter of 2015.