Russia-Pakistan Energy Deal Will Not Harm Relations With India: Minister 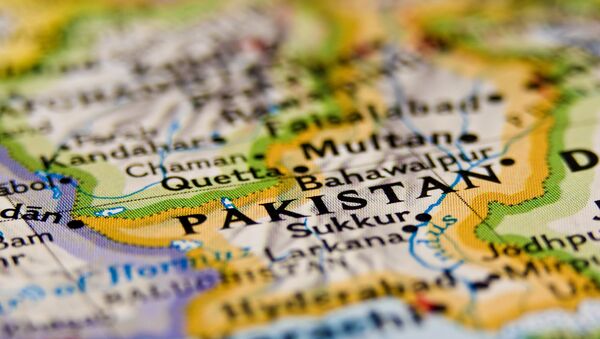 Russian state technologies corporation Rostec's subsidiary will begin the construction of oil and gas infrastructure for Pakistan in 2015.

Russia’s Rostec to Build Oil, Gas Infrastructure for Pakistan From 2015
MOSCOW, December 26 (Sputnik) — The recent deal on the construction of oil and gas infrastructure by a Russian company in Pakistan will not have a negative impact on India, India's External Affairs Ministry spokesperson said Friday.

"India and Russia have a strategic and cooperative privileged relationship… Therefore we are confident that our concerns on this matter are understood well by our Russian friends and they will not do anything that adversely impinges on us," Syed Akbaruddin said at a media briefing, answering a Sputnik News Agency question.

On December 10, Russian state technologies corporation Rostec said that its subsidiary, RT Global Resources, would begin the construction of oil and gas infrastructure for Pakistan in 2015. According to Rostec, the total cost of the projects is estimated at $3 billion, which is to be invested within the next three years.

The partnership will include constructing gas pipelines and terminals for the regasification of liquefied natural gas (LNG) in Pakistan.

On December 23, media reported that Russia and Pakistan signed a $1.7 billion deal on the construction of an LNG pipeline from Karachi to Lahore.