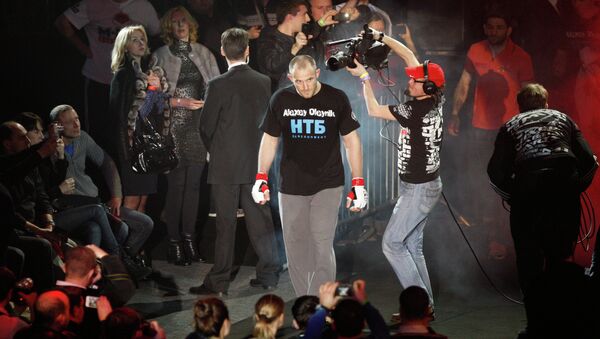 A Ukrainian mixed martial artist Oleksiy Oliynyk will soon receive a Russian citizenship as the Russian President has already agreed his application.

"Yes, Vladimir Putin has granted Oleksiy Oliynyk's appeal. Soon a decree will be signed to grant him citizenship," the newspaper has quoted a source in the Kremlin as saying.

In November, prior to the bout with US fighter Jared Rosholt during Ultimate Fighting Championship (UFC) in the United States, Oliynyk went to weigh-in the t-shirt with the image of Putin.

According to the paper, the athlete has made a decision to change his nationality a long time ago, but was engaged in paperwork formalities for nearly three years. Oliynyk decided to move to Russia for political reasons among others.

The newspaper also quotes Oliynyk's appeal to the Russian president, in which he says he has a "great desire to live and work in Russia" and claims that he "wholeheartedly" supports Putin's domestic and foreign policy.

Oliynyk, a world champion in different versions of martial arts, was born in Ukrainian city Kharkiv in 1977.