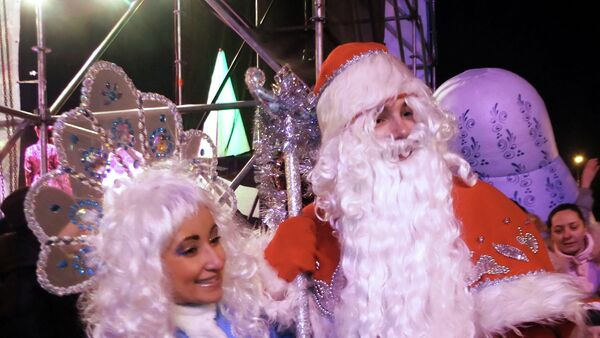 Donetsk was the only Ukrainian city, visited by Santa Claus during his 24-hour long journey on Thursday, with over 7 billion gifts delivered to children worldwide.

Santa Claus finished his 24-hour long journey on Thursday, having delivered over 7 billion gifts to children worldwide. Santa returned to his residence at the North Pole at 11.00 GMT.

World
Santa's Christmas Journey Begins, NORAD is Tracking His Flight Online
NORAD Tracks Santa is an annual entertainment program, allowing children all over the world to track the latest location of Santa's sleigh. The tradition started back in 1955, when a department store in the United States placed an advertisement in a newspaper, inviting children to call Santa Claus, but misprinted the phone number. Instead, children, who called the number, got through to the Continental Air Defense Command (CONAD), NORAD's predecessor.

Since then NORAD has been using its radar system, satellites and special Santa Cams to track Santa's annual journey.

This year more than 1,250 Canadian and American volunteers answered thousands of phone calls and emails from children all over the world.