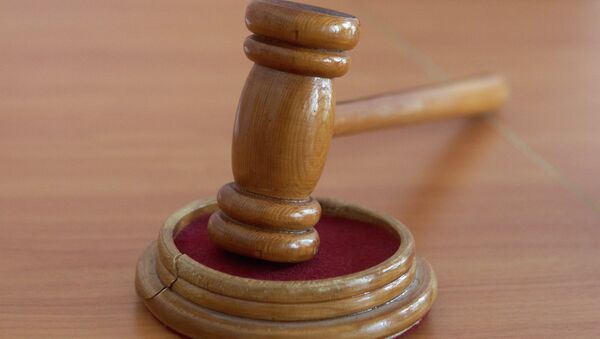 © Sputnik / Andrey Starostin
Subscribe
International
India
Africa
The man is accused of writing inappropriate things about the Prophet Mohammed and challenging some of his actions.

MOSCOW, December 25 (Sputnik) — A Muslim man in Mauritania faces the death penalty after a court charged him with apostasy, according to Al Arabiya.

UN Urges Pakistan, Jordan to Re-Impose Moratorium on Death Penalty
Mohamed Cheikh Ould Mohamed was accused of “speaking lightly of the Prophet Mohammed" in a publication, which was released online for a short while.

Although the man pleaded not guilty and repeatedly said that he didn’t mean to insult the prophet, officials remained impervious to his excuses and have sentenced him to death.

The 30-year old fainted during the court session after hearing the verdict of the judge, an unnamed source said cited by the newspaper.  His lawyer tried to persuade the court of his client’s repentance, but has not achieved any positive results.

Mauritania has also previously imposed the death penalty, most notably for terrorist activities. However, the country has not executed anyone since 1987.