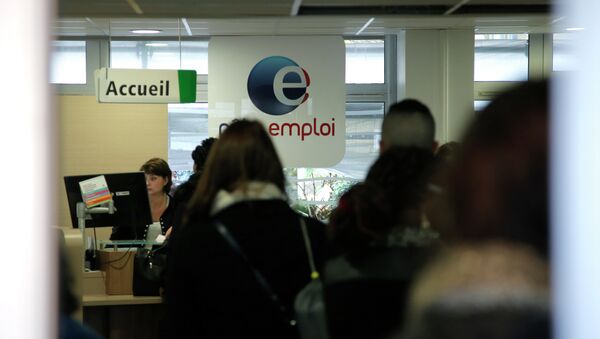 France ‘Muslim Ghettoization’ Complete in Ten Years: Study
MOSCOW, December 23 (Sputnik) – The number of people in France without a job rose in November to the highest level yet, according to AFP.

The news will make grim reading for French President Francois Hollande, halfway through his term of office, who said in a televised interview last month that if he could not keep to promises he made to curb unemployment, he would not be seeking reelection in 2017.

Minivan Driver Crashes Into Crowd at Christmas Market in France
"I talked about reversing the trend in unemployment. It didn’t happen. I was criticized for this because it was a high hope for many, especially those seeking work," Euronews quotes the president as saying. "If I cannot manage it by the end of my term in office, do you really think I would go before the French in 2017? The French would be merciless and they would be right,” he declared, in a transmission where he fielded questions from the journalists and members of the public.

The French National Institute of Statistics and Economic Studies states that for the third quarter of 2014, the unemployment rate in France was 10.4%, up from 10.1% for the second quarter. In order to combat the trend, RFI reports, the Hollande Socialist-led coalition announced plans in January 2014 to increase employment by means of a radical "Responsibility Pact," which is to cut taxes for businesses by €40 billion, in exchange for them creating another 500,000 jobs by 2017.