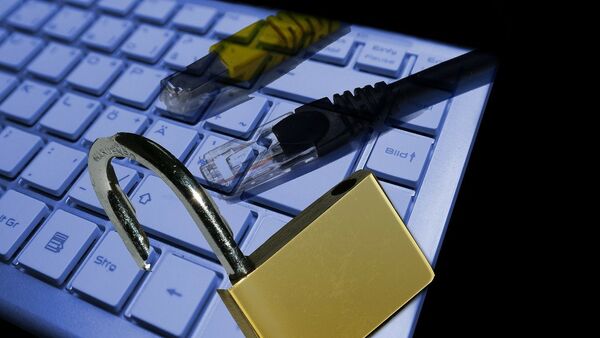 British intelligence agency, the Government Communications Headquarters (GCHQ), has “categorically” denied claims by hactivist group the Gator League that it took the GCHQ website down on Tuesday evening.

The Gator League, which describes itself as a "Couple of gators trying to ruin the government" had tweeted its followers asking for candidates for a pre-Christmas hack. "While we wrap up your Xmas giveaway, help us pick a target," it tweeted on Tuesday.

Social media reported the site being down for an hour on Tuesday evening. Later the group tweeted:

Twitter group Meet Hackers claimed that Gator League is allied to the informal hacking collective, Anonymous. Meet Hackers tweeted: "GCHQ's website hacked by Anonymous hackers". However the Gator League denied being part of the collective, tweeting: "Although we support the idea of Anonymous, we aren't them. We are a Cyber-Terrorist faction out for raw justice".

However, when contacted on Wednesday, a spokesman for GCHQ told Sputnik: "I can categorically confirm that the GCHQ website was not taken down last night".

GCHQ is the British Government's listening post, responsible for collecting vast amounts of communications data on behalf of the intelligence services MI5, MI6 and the police. Its operations were exposed by ex-CIA contractor Edward Snowden — now living in temporary asylum in Moscow — who leaked details of a secret programme being run from the GCHQ site at Cheltenham in the west of England.

Snowden claimed that Britain's signals monitoring centre has been tapping fibre optic cables in a data-harvesting scheme called Project Tempora. He alleges large volumes of data are drawn from fibre optic cables for up to 30 days so that it can be sifted and analysed. It is claimed that the metadata collected by GCHQ — the information about what is being sent, to whom, from whom, when etc. — is being shared among the Five Eyes electronic eavesdropping alliance, comprised of the US, UK, Canada, Australia and New Zealand.

The Gator League had previously claimed to have disrupted the North Korean internet network on Monday, in the wake of the controversy over the screening of The Interview, a comedy film about North Korea.

The Seth Rogen-James Franco film about a fictional plot by US intelligence agents to assassinate North Korean leader Kim Jong Un had been pulled from cinemas after a cyber-attack on its production company Sony.

The United States' Federal Bureau of Investigation claimed that the attacks were made from sources in North Korea and Sony initially decided to drop the release of The Interview for security reasons.

US-based Dyn Research, which monitors internet performance, said on Tuesday: "North Korea went off the Internet Monday, 22 December 2014, at 16:15 UTC after more than 24 hours of sustained weekend instability. Dyn continually measures the connectivity and performance of more than 510,000 individual networks worldwide, identifying impairments to Internet commerce. It's a rare event these days when an entire country leaves the Internet (as Egypt did, or Syria). Even so, when North Korea's four networks went dark, we were not entirely surprised, based on the fragility of their national connectivity to the global Internet."

The denial by GCHQ that its website was hacked at all casts further doubt over the claims by the Gator League. It was not possible to gain any comment from hacking collective Anonymous, as, ironically, its own website, anonnew.org, was down.