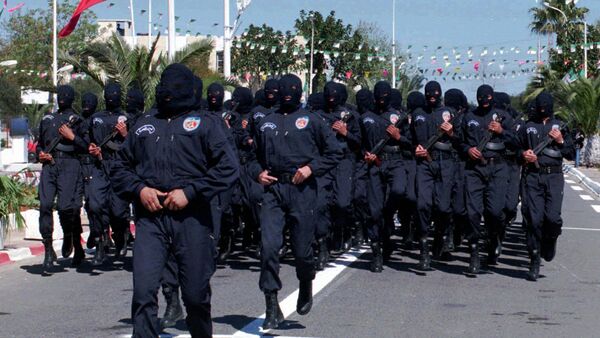 MOSCOW, December 23 (Sputnik), Ekaterina Blinova – Abdelmalek Gouri, a prominent Islamist leader, accused of the kidnapping and beheading of a French tourist in September, 2014, has been eliminated by Algerian special forces.

During the civil war of 1991-2002, Gouri was a member of the Armed Islamic Group, the most ruthless among Algeria's Islamist militants. The long-lasting conflict claimed the lives of over 200,000 people.

Gouri, also known as Khalid Abu Suleiman, the leader of the Caliphate Soldiers militant group, pledged allegiance to the Islamic State in September, 2014. Apparently, in order to demonstrate their loyalty to ISIL, the insurgents captured and executed the innocent French tourist Herve Gourdel. In a gruesome video of Gourdel's execution, the terrorists claimed they beheaded him to "punish France for its military actions in Iraq."

The Associated Press underscored that local intelligence officers had been closely watching Abdelmalek Gouri and finally took their opportunity to eliminate the terrorist as well as two of his associates in a separate operation.

"This time the intelligence services had information that he was coming to visit his parents so they set an ambush," an unnamed security officer said, as cited by the media source, on condition of anonymity.

Abdelmalek Gouri was killed in the town of Isser near the city of Boumerdes 30 miles east of Algiers, on late Monday, December 22.

"This is a blow to the Islamic State in Algeria, the small group has only been in existence for a couple of months. Killing its chief will affect the morale of the militants," stressed Algerian security analyst Anis Rahmani, as quoted by Reuters.

It should be noted that Algerian forces have already killed 110 Islamist insurgents in 2014, according to the state's military sources.