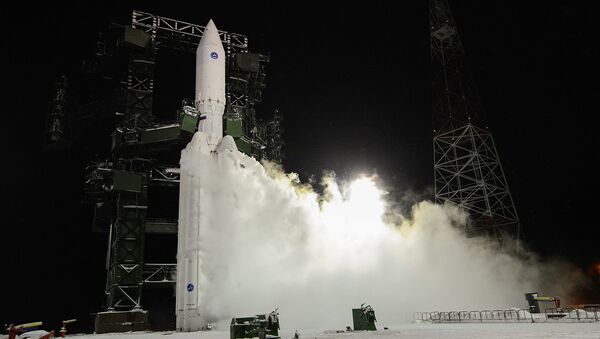 "According to preliminary data, a command signal on simulated separation of the dummy payload from the Briz-M booster has been processed [by on-board equipment]," the source said.

The new Angara was launched earlier on Tuesday from the Plesetsk space center in Russia's northeast.

Russian President Vladimir Putin, who observed the launch via a live video stream, said that the Angara proves that Russia is still a world leader in space exploration.

He added that the rocket's payload could include "missile attack warning systems, as well as [equipment for] reconnaissance, navigation, communication."

The Angara family of space-launch vehicles is designed to provide lifting capabilities of between 2,000 and 40,500 kilograms [about 4,400 and 89,200 lbs] into low Earth orbits. It has been in development since 1995.

The first test of the Angara-1.2PP rocket took place on July 9, 2014. In late November, Russia's Aerospace Defense Forces chief said that testing of the Angara rockets would continue until 2020.

According to the Russian Federal Space Agency, Roscosmos, the Angara rockets would give Russia independent access to space, and the possibility to advance to a new level of technological development.