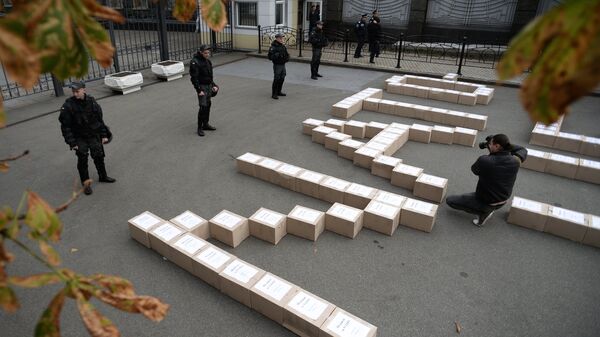 "I'm convinced that even the talk of Ukraine's NATO choice directly harms pan-European security and is intended to undermine its principal foundations," he said.

On Tuesday, the Ukrainian parliament (the Verkhovna Rada) passed a bill to drop the country's non-aligned status, confirming Kiev's intention to join NATO.

“We should speak not of expanding blocs inherited from the Cold War, but of creating a system in Europe under which every state would feel comfortable, safe and could to concentrate on positive agenda,” the diplomat said.

However, the new Kiev authorities have renewed the drive toward NATO membership since the outbreak of an armed conflict in the country's southeast, a conflict they have blamed on a military intervention by Russia.

In August, the Ukrainian government said the non-aligned status did not guarantee the country’s security and reaffirmed its plans to join the 28-member military bloc.