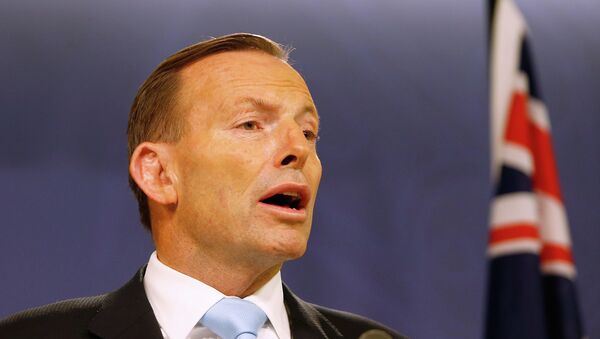 Prime Minister Tony Abbott stated that terror attack in Australia is “likely” following the recent cafe hostage-taking crisis in Sydney by a gunman.

“The terror threat remains high and as you’ll all understand at this level an attack is likely, we don’t know when or how an attack may come,” Abbott said after a briefing from the Australia's security agencies in Sydney as cited by The Sydney Morning Herald.

Abbott added that the briefing reported a “heightened level of terrorist chatter.”

The prime minister’s remarks came after the country’s National Security Committee meeting on Tuesday. According to the newspaper, the deputy chairman of Parliament's Joint Committee on Intelligence and Security, Anthony Byrne, has been warning that the country’s terror threat should be raised to extreme.

Last week, Man Haron Monis, claiming to be an Iranian sheikh, took the staff and some 30 customers hostage in a cafe at the Martin Place mall in Sydney. The gunman and two hostages later died in hospital following an armed confrontation with police.

The incident has led to increased fear of terror attacks in Australia while Muslims in the country are reportedly becoming wary of possible assault related to anti-Islam sentiments in response to the hostage-taking.